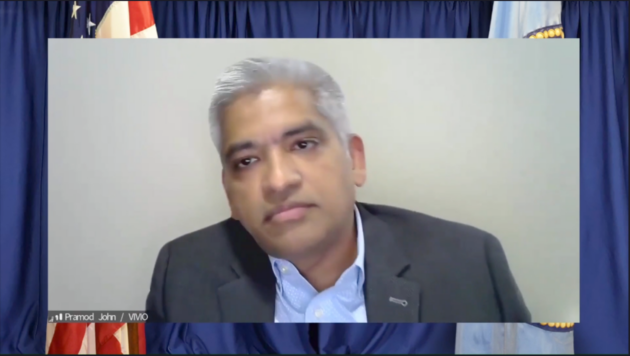 VIVIO’s CEO Pramod John had an opportunity to speak with the FTC during their Listening Forum on the impacts of healthcare consolidation.

I am Pramod John, CEO of VIVIO. Today we would like to advocate for the 314M Americans who don’t work for the US healthcare system and who pay for the most inefficient healthcare system in the world.
Americans are 4% of the world’s population but spend 49% of all global healthcare dollars. Said another way, we spend as much on healthcare as 96% of the world’s population. This is in stark contrast to the America that has been the lighthouse for free markets, with the result being that we pay some of the lowest prices in the world for almost every good or service, except healthcare, where we are the worst of the worst.

This inefficiency has its root in the belief that this is a market dysfunction problem. As insiders from the industry, we disagree with the notion that healthcare has a market. Instead, we have watched the chess game unfold over the past several decades between health plans whose customers were supposed to be consumers but are providers and provider systems that are shielded from competition. The result has been the massive consolidation of health plans, PBMs and Health Systems. The repercussion has been vertical and horizontal monopolies of health plans and systems that now control the market. Of course, the nuance is that they aren’t monopolies but rather oligopolies.

I previously worked for one of these oligopolists, where the industry mantra was ‘don’t do anything to start a pricing war; it would hurt us all.’ The scale and capital of these organizations allow them to influence laws that benefit their industries and prevent competition using laws, lobbies, and ‘dumping’, which prevent any real competition or innovation. The issue isn’t any of the individual entities themselves but the business models, which lead to ‘less’ competition at scale rather than the opposite.

When the ACA required that every American have healthcare coverage without any regard for the costs of the services themselves, it effectively wrote a national one-sided market into law. For a market to function, the most important mechanism is the power to say ‘no.’ Today, we neither have a single-payer system nor a free market; instead, we have the worst system possible.

We implore the FTC, DOJ, and lawmakers to consider deeply the actual dynamics of these one-sided ‘markets’ and update our antiquated laws to reflect reality and break up the monopolies that prevent competition. Please do something on behalf of the 314M Americans who aren’t listening to this hearing but are most impacted by it.